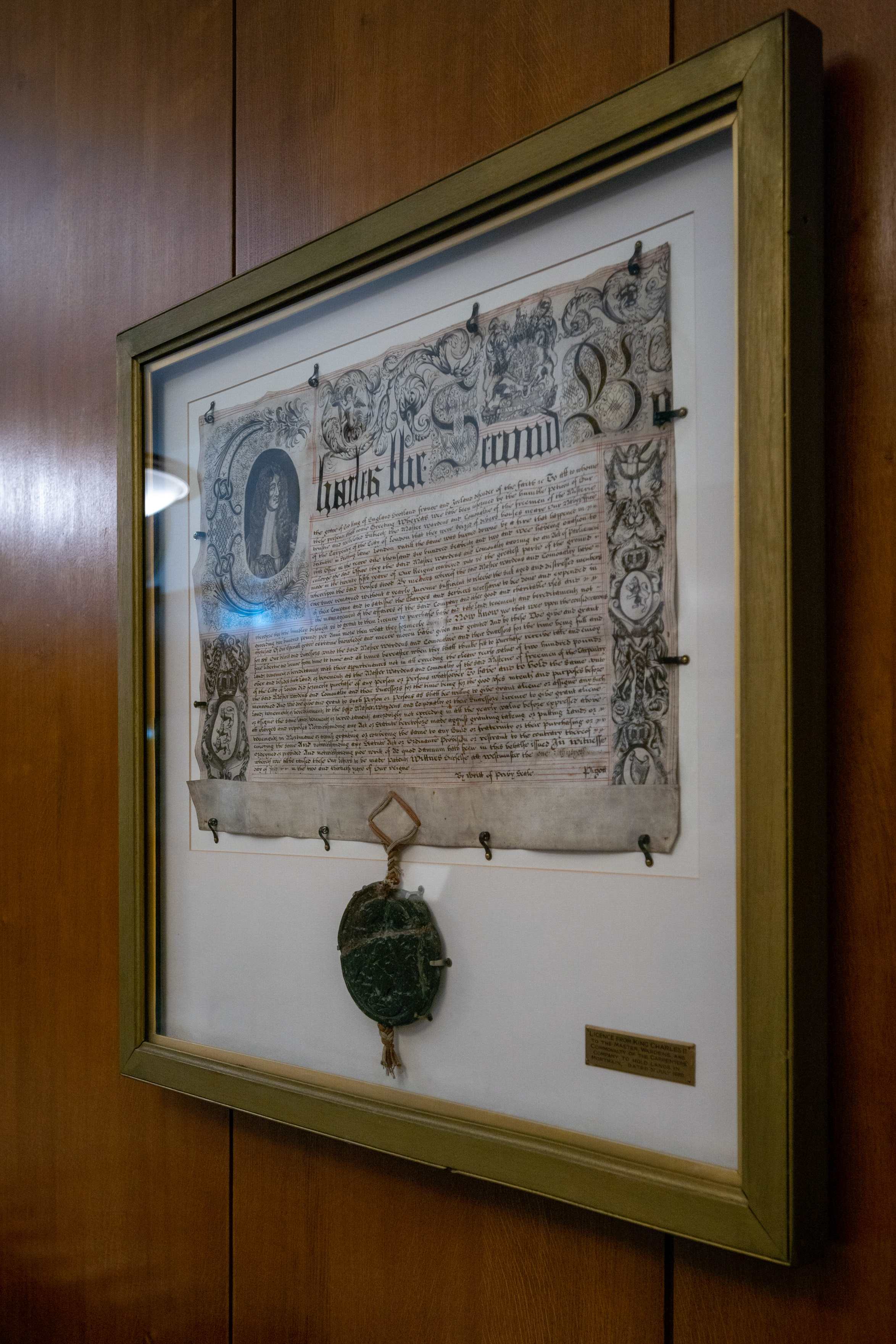 History of the Carpenters' Company.

The history of the Carpenters’ Company goes back over 700 years, with the first written reference a mention of a Master Carpenter in the City of London’s records of 1271.

It was originally a medieval trade guild, set up to look after the welfare and interests of carpenters living and working in London – one of a number of ancient guilds being created at this time.

The Carpenters’ Company today remains true to the spirit of its founders. It continues to support a broad range of charitable and educational activities and to encourage and promote the highest standards of woodworking craftsmanship. 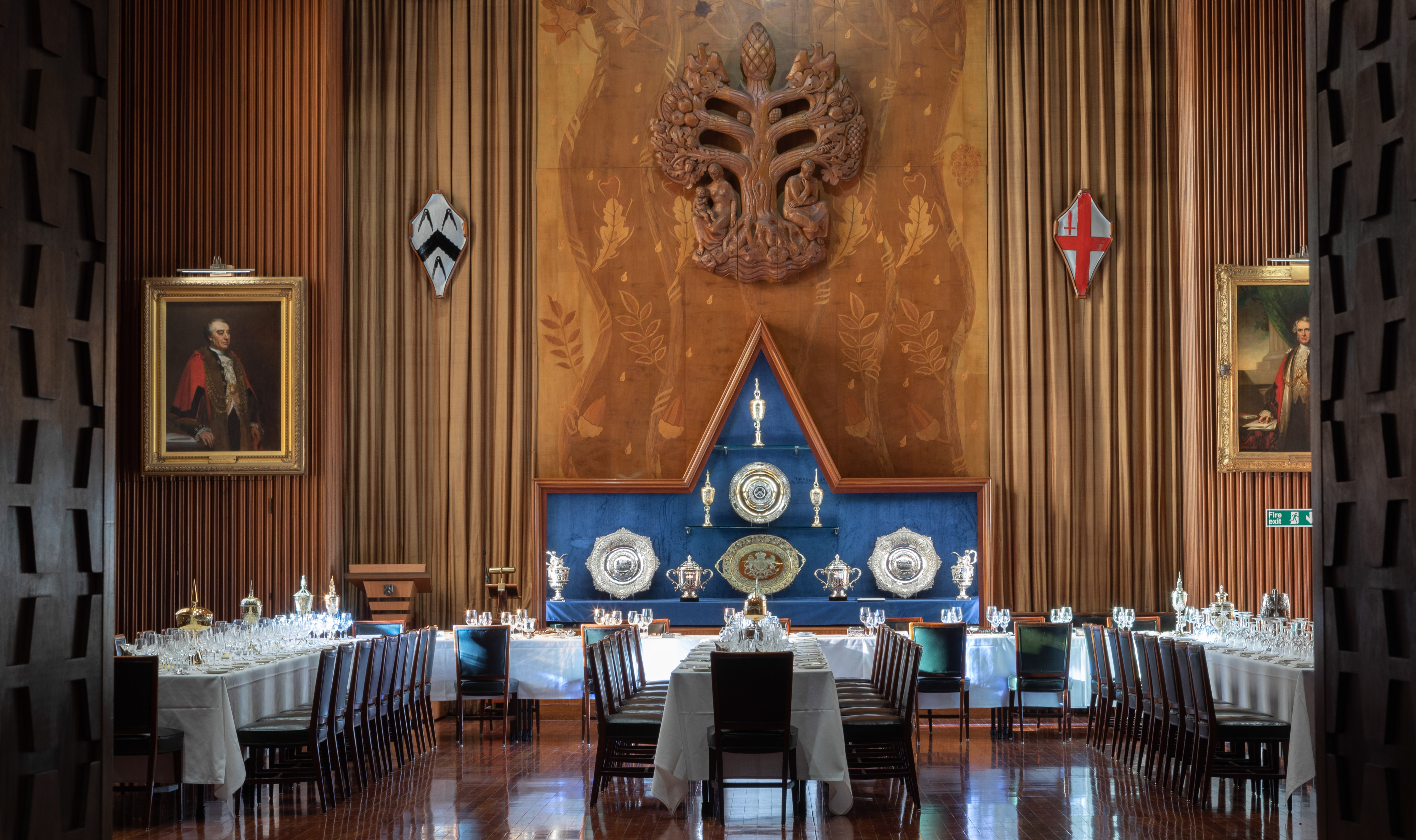 The Carpenters’ Company has been based on London Wall since its first hall was built there in 1429. Since that time, there have been three Halls. The current Hall was opened in 1960.

From medieval times Carpenters’ Hall has been used by groups and organisations to meet and entertain, including other guilds.

The site was originally part of the estate of the Hospital of St Mary without Bishopsgate, also known as St Mary Spital.

In January 1519/20 the land was acquired by Thomas Smart, Master of the Company, and he left it to the Company in his will dated 12 March of the same year.

A fire in the mid-nineteenth century severely weakened the building and a second Hall was built during the 1870s, opening in 1880.

The third hall, which still stands today, was built following an air raid in 1941 when the second Hall was completely burnt out. 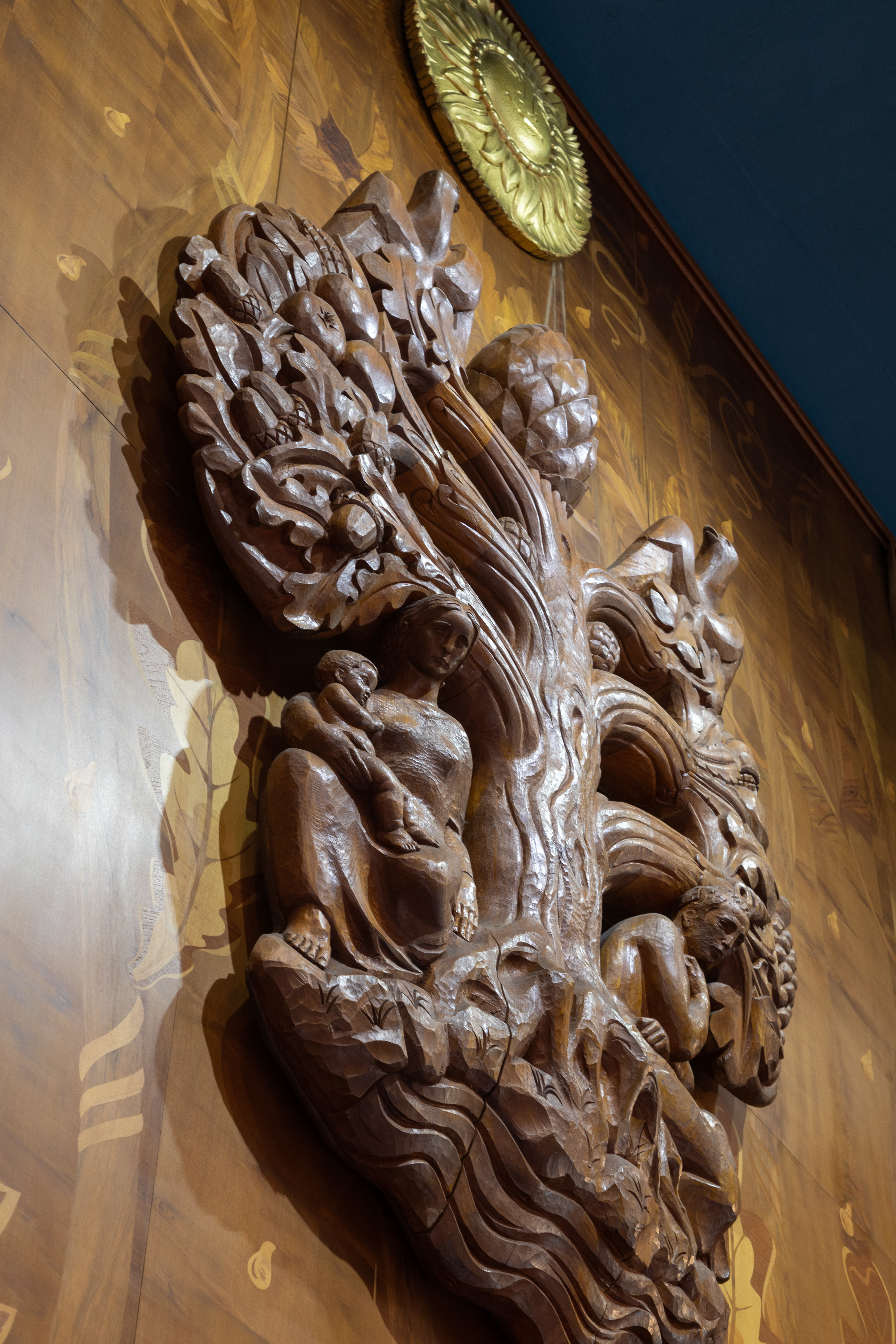 The Carpenters’ Company has been committed to charitable activities throughout its history, and this remains a key objective of the Company.

Over time members have endowed the Company with a number of bequests, gifts and trusts which it continues to manage and maintain.The Carpenters’ Company has four main charities.

Two of these charities disburse funds:

The other two fulfil charitable purposes:

The Carpenters’ Company is also closely associated with:

Please clink the links to find out more about the charities